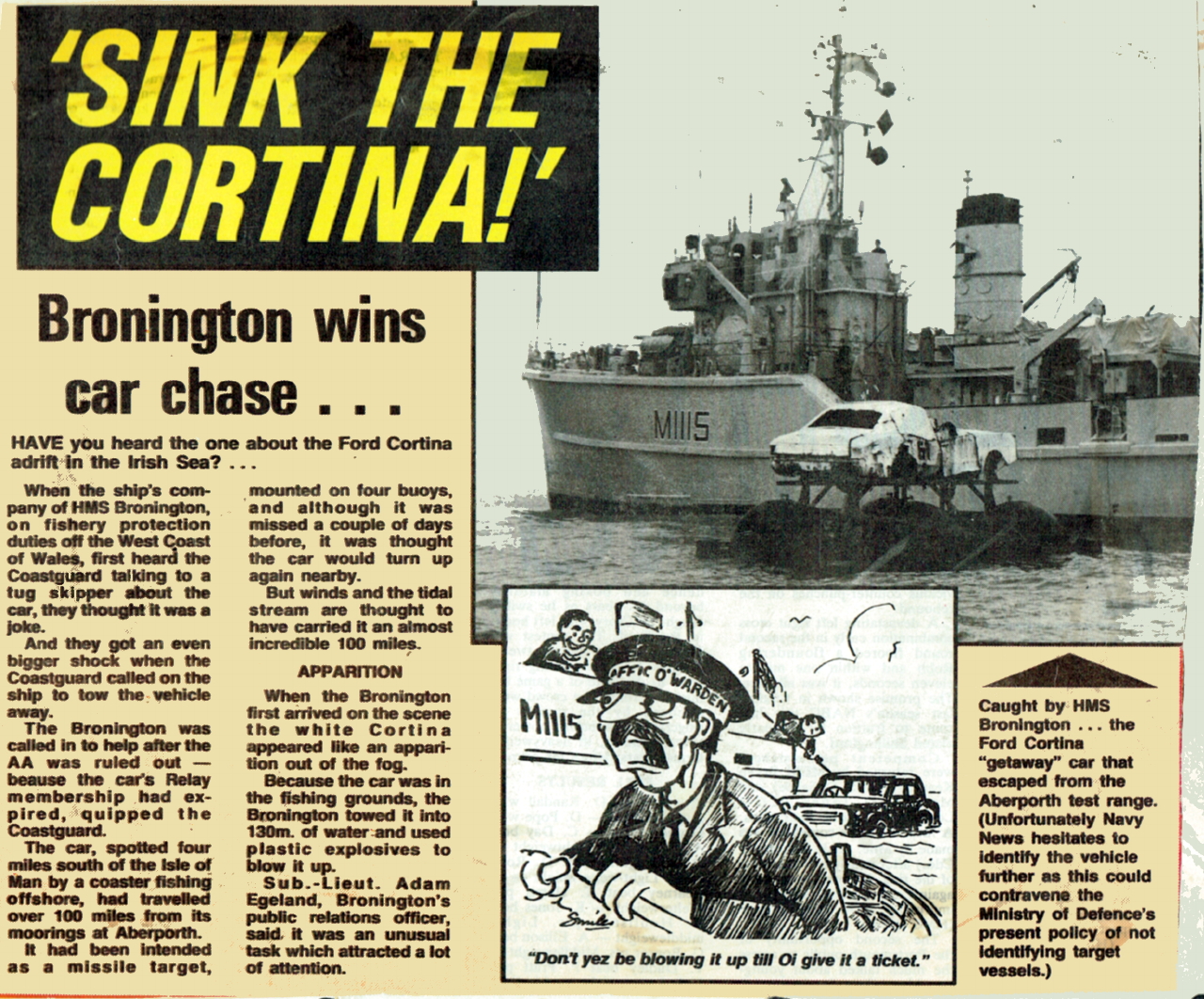 First printed in the Navy news in 1987

Have you heard the one about the Ford Cortina adrift in the Irish Sea?

When the ships company of HMS Bronington on fishery protection duties of the West Coast of Wales first heard the Coastguard talking to the skipper about a car, they thought it was a joke.

And the got an even bigger shock when the Coastguard called on the ship to tow the vehicle away.

The Bronington was called in to help after the AA was rules out – because the car’s Relay membership had expired, quipped the Coastguard.

The car, spotted four miles south of the isle of man by a coaster fishing offshore, had traveled over 100 miles from its moorings in Aberporth.

It had been intended as a missile target, mounted on four buoys, and although it was missed a couple of days before, it was thought the car would turn up again nearby. But winds and the tidal stream are though to have carried it an almost incredible 100 miles.

When the Bronington first arrived on the scene the white Cortina appeared like an apparition out of the fog. Because the car was in the fishing grounds, the Bronington towed it into 130m of water and used plastic explosives to blow it up.

Sub-Lieut. Adam Egeland, Bronington’s public relations officer, said it was an unusual task that attracted a lot of attention.

First printed in the Navy news in 1987